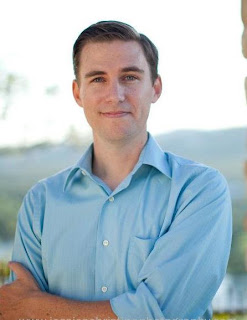 Tom Horan is a Writer, Sound Designer, and Educator.

Currently, Tom serves as Playwright-in-Residence at The Phoenix Theater in Indianapolis, originally through a grant from NNPN. He has produced four shows at the Phoenix: Typhoid Mary, The Acid Dolphin Experiment, Leyenda, and  Static. In addition, Tom has curated the annual Christmas show, designed sound a couple dozen plays, and highlighted community members in the Phoenix Honors series.

Alongside his conventional playwriting, Tom has worked on a number of collaborative projects. Notably, he co-founded The Duplicates and, with them, he served as Script and Sound Designer for over a half a dozen plays. (Including a site-specific spectacle about the Dionne quintuplets entitled The Fictional Life of Historical Oddities, a love story told with objects entitled The Man With the Dancing Eyes, a playful memorial entitled september play, and a drive-in puppet theater about Elvis’ car entitled Elvis Machine.) The Poison Squad, about chemist Harvey Wiley, earned six Austin Critics Table nominations, including Sound Design, Drama Production and New Play, winning awards for Lighting and Ensemble.

Other work includes: his solo toy theater play, The King & The Clockmaker, which received Best-of-Week and Best-of-Fest honors at FronteraFest (Austin) and a subsequent production with Great Small Works (New York City); 13 Dead Husbands, which received funding from the Department of Cultural Affairs in Chicago; and his looping ghost story, Static, developed at the Kennedy Center for the Performing Arts (Washington D.C), the Source Festival (Washington D.C.), as well as the University of Texas at Austin, where Tom received his MFA.