The Fictional Life of Historical Oddities 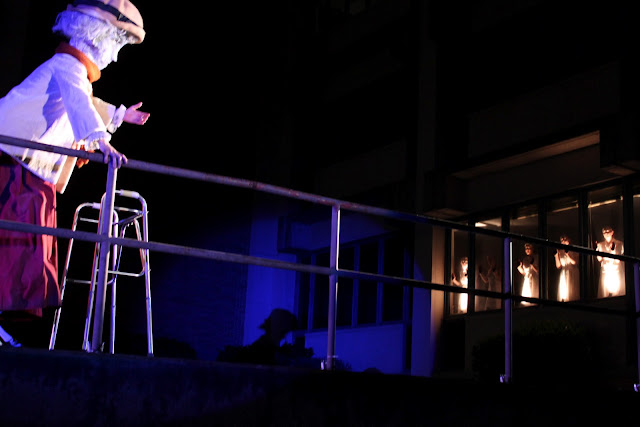 This site-specific adventure tells the story of the Dionne quintuplets. At just four months old, the quints were placed in the custody of the Canadian government and became the country’s most significant tourist attraction. Told through a mash-up of mediums including puppetry, projection, and sound, this performance explored what it meant to belong.

"The Fictional Life of Historical Oddities was a flawlessly executed performance piece that obliterated all the boundaries between art forms. Theatrical conceits merged with purely musical moments, interactive performance art and an almost painterly adherence to visual balance and composition to create something wholly beautiful and original in the outdoor spaces of the UT campus. It was as close an expression of Heisenberg's Uncertainty Principle as the theatre could get and still deliver a poignant and slightly comic catharsis to its audience.” -Octavio Solis, Playwright