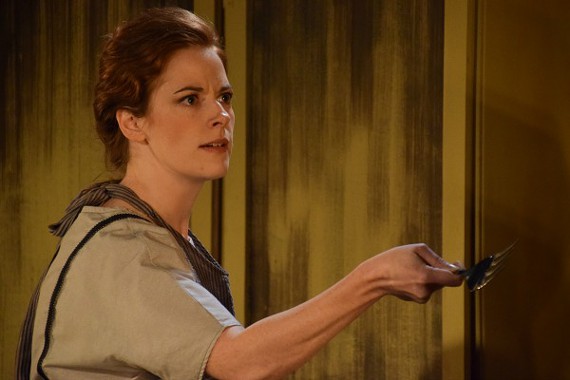 You’ve probably heard of “Typhoid Mary,” but most of us are unfamiliar with Mary Mallon, the cook behind the name. The startling discovery of Mary’s peculiar disease, as well as her forced quarantine, unfolds in front of a backdrop of changing notions of medicine, morality and cleanliness – Did she willfully infect others? Was she a victim of a misguided medical authority? Or is the truth even stranger?

"Like the doctor whose monologue opens his new play, playwright Tom Horan clearly believes in medicinally adding jokes to ease some of life’s brutal realities."