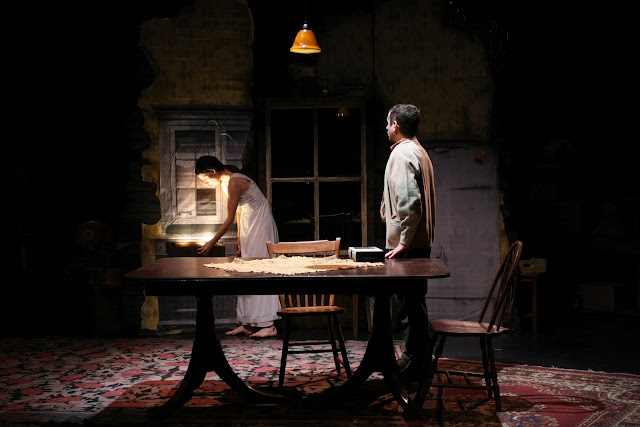 Since Emma was a little girl she heard the ghost stories told about her neighbors Walter and Millie Burke - how the couple filled their home with strange things, which drove them mad. Years have passed and Emma finds herself the owner of this house that has sat abandoned for years. She discovers, among the jars of buttons and tubs of forks, a box full of cassette tapes filled with secrets of Walter and Millie.

"Static is very closed in, confined within the walls of this one house where the air is thick with mystery and loss; it feels haunted in every sense of the word..." - Robert Faires, Austin Chronicle